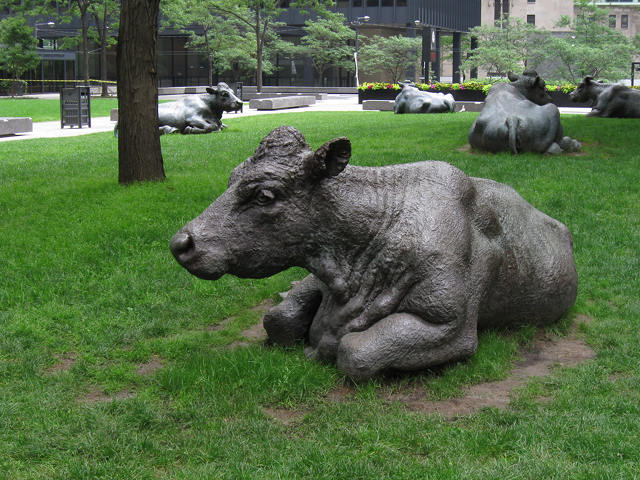 (TL;DR – Sign up for the first ever DevOps for Banks Meetup in Toronto, on the evening of Tuesday 15th September.)

Meetups are a fantastic way of meeting other people with similar interests who are working on the same kind of problems as you, but who you would not normally have the opportunity to meet.   It is silo-busting at its best, with a similar benefit to attending conferences, but with none of the travel costs or time commitment.   It’s just an evening doing something new and interesting, rather than watching TV!

There is a great DevOps Meetup in Toronto for Devs called DevOpsTO, organized by Steve Pereira and Erik Levinson, both of whom were also organizers at the fantastic DevOps Days Toronto conference which I attended earlier this year.

Since I started working for TD Securities in Toronto this April, I have met a good number of people working in DevOps for financial institutions in Toronto, or for vendors who are working with such institutions   As far as I can see, all the banks are in much the same boat.   We are are all trying to improve our software engineer practices, and are in the process of working out how on earth to manage that transition, and how to “teach an elephant to dance”.

When I met with Noah Klika of Chef a few weeks back he said that they were working with, or talking to, more financial institutions than I was already in contact with on my own, and suggested that we combined our connections and set something up.

So that is what I have done – under the banner of DevOpsTO.   On Tuesday 15th September, the first ever DevOps For Banks Meetup will be held in Toronto.   Facilities were generous donated by ThinkData Works – a boardroom and roof-top patio.   That connection was made by my colleague Christian Veerman, who led the way on this with the Nexus Breakfast Toronto Meetup which he arranged to be hosted at TD Bank facilities earlier this year.

One thought on “DevOps for Banks Meetup – Toronto”