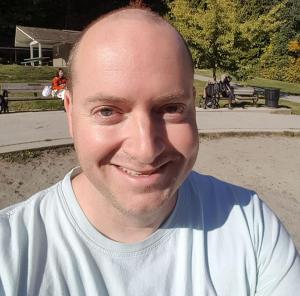 My active Ethereum journey has been underway for well over two years now, starting in the months leading up to Frontier launch in July 2015 when the mainnet went live. I had been lucky enough to meet Vitalik even earlier than that, back in June 2014, when my friend David Lowy hosted a dinner for Vitalik and various interested Vancouver locals as he was in town for the day.

David was one of the first customers at the world’s first Bitcoin ATM, right here in Vancouver in October 2013, and was heavily involved in Bitcoin for many years before that. His first Bitcoin trades were at 5 cents. in 2010 he sought out and acquired the domain name Bitcoin.com, later selling it for a substantial profit.

David has been quiet for the last few years, but will soon be launching a very exciting project which has been in gestation for many years. Keep your eyes on this man. He is the reason that I am in this space, and I was very lucky to meet and become friends with him when I did! He is a visionary. 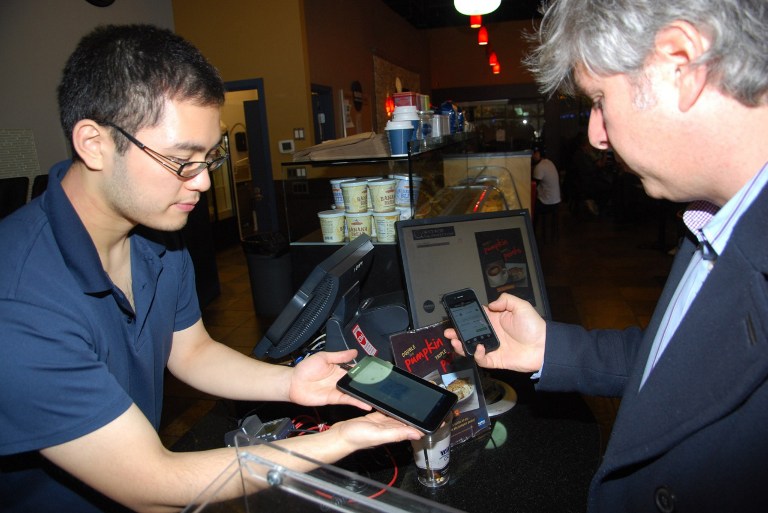 By 2015 I was living in Toronto and took advantage of their great crypto Meetup scene. Techno Crypto with Jeff Coleman at Decentral, Ethereum Toronto Meetup with Paul Paschos, DEC_TECH at the Mars Discovery Centre with Anthony Di Iorio.

This photo was from a special session of the Ethereum Toronto meetup just prior to the Frontier launch, showing some other familiar faces 🙂

I started doublethink.co and hired Anthony Cros to start working on cpp-ethereum-cross while my days were full at TD Securities.

Later that year on my return to Vancouver, I was able to get hands-on with that project, seeking to get an Ethereum light client working on a Gear S2 smartwatch. That work morphed into helping out the cpp-ethereum project which morphed into a part-time job on Christian Reitwiessner’s team, which then morphed into a full-time role. On we went through Homestead, major build system and DevOps work and the repository restoration of cpp-ethereum-1.3.0 (“Homecoming”), the DAO fork, the failed Apache 2.0 relicensing attempt and on to the amazing DEVCON2 conference in Shanghai.

I had real hope there with the arrival of Brian Behlendorf as Executive Director at Hyperledger (who I met at OSCON in Austin that April) that we could forge a shared future which could see both public-chain and private/consortium chain systems built on top of a common kernel, a la Linux, and bring all these communities together. Alas, it was not to be. 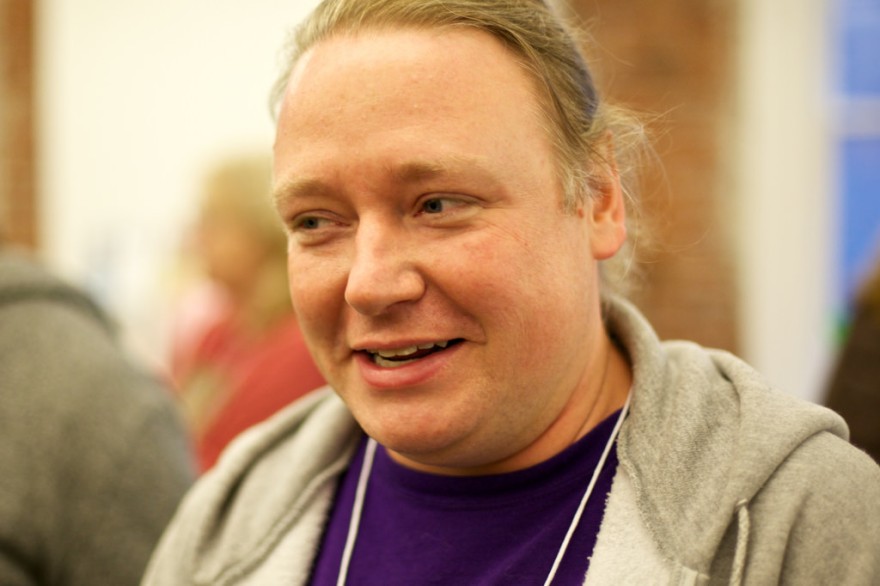 With Ethereum/Hyperledger grand unification off the table, I was delighted to have the opportunity to work towards the goal of Ethereum Everywhere again as Joe Lubin hired me to work to help form the Enterprise Ethereum Alliance at ConsenSys. The EEA launched earlier this year in New York and is now the largest blockchain consortium in the world with over 200 member companies.

The photo below was taken at the JP Morgan offices in Brooklyn during our second round of face-to-face meetings in the run-up to the EEA launch, with Shahan talking Vitalik through our technical vision.

Joe is one of the most inspirational and enlightened leaders who I have ever met, and ConsenSys is one of the most unique places that I have ever had the pleasure of working at. This is going to be a world-renowned company in the very near future. It is already getting there and can now hire the cream of the crop.

[From Can Ethereum Restore Online Freedom & Transform the Internet?]

After a year of mainly organizational work at the EEA, it is time for a new challenge – back in a hands-on development role. In all of this time within the Ethereum ecosystem, I have never built a decentralized application at really large scale. It is time for me to do just that at Sweetbridge. Their ambitious and transformational goals have inspired me. I could not resist the challenge! I will be joining their protocol team as Principal Developer.

Sweetbridge is also building an alliance to work towards a liquid supply chain on blockchain technology. Scott Nelson, their fantastic CEO, can explain The Vision much better than I, but the starting point is solving structural inequalities related to access to capital within global supply chains, which form two-thirds of the world economy or $54 trillion in annual trade

What’s really unique and special about Sweetbridge and what attracted me to them is their team and it’s depth of invaluable industry experience (many 20-30 year veterans). Scott had the vision to build this platform for more than a decade, recognizing the blockchain is the technical innovation that unlocks the potential to turn this dream into a reality.

These are good people. How many companies have you seen who lead off with a series of Medium posts on their Core Beliefs? This is just fabulous to see.

One of the primary advisors to Sweetbridge is Vinay Gupta, an Ethereum community and cypherpunk old-timer and hugely prescient thinker who I have been following and engaging with for several years, but still never met in person. I really look forward to collaborating with Vinay more closely as part of my work at Sweetbridge.

Block off some time to watch this awesome video where Scott and Vinay deconstruct the problem-space:
The Ultimate Gupta vs. Nelson Blockchain + Supply Chain Throwdown.

In addition to my work at Sweetbridge, I will also be advising Frontier Foundry, who are based right here in my home town of Vancouver. They also have a great leader in the form of Boris Mann, whom I have known since 2015. Our paths crossed in a wearables/blockchain context. Boris has been involved in the startup scene, angel investing, advising, open source ecosystem building and more for many, many years and is now bringing those talents to bear full-time in the blockchain world. Frontier is building a global investment platform for blockchain based capital pools. Check them out!

I am also getting more involved in the Vancouver crypto-business community, which is growing in leaps and bounds in 2017. We had the ADI Summit in September which I spoke at, and have had the inaugural meetings of Blockchain for Product Developers and BC Blockchain Forum meetups in the past couple of weeks. We have Blockchain @ UBC, and we have active discussions ongoing with the BC regulators. It is all great to see, and Frontier are primary drivers of this change. 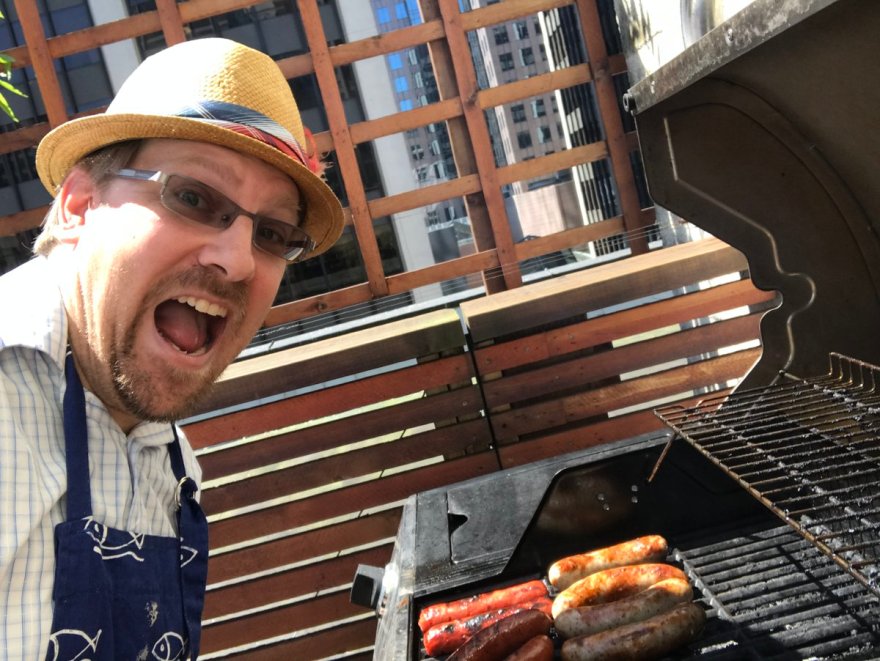 So that’s what I will be up to next. It should be a lot of fun. I wish all my former colleagues at ConsenSys and the EEA the best of luck for the future as we continue to build this new ecosystem together. As Joe recently said at ETHWaterloo, we are still in the “first minute”, and have years of collaboration and building ahead of us. Our paths will cross many times again in the future.

For anybody thinking, “You have a lot of photos of people in this article, Bob,” well, yes, I do. Because it is always about the people. They are what make the technology work.

I hope to be face-to-face with many of the fabulous people in this community very soon. See you in Cancun for DEVCON3.

7 thoughts on “Bob’s Next Adventure”