On 12th April 2018 I made a long awaited return to Electronic Arts Vancouver (formerly called EAC – EA Canada), my employer from 1999-2014.   I worked at this particular office in Burnaby for 11 years.

Here are my slides

I was back for the first time in four years to do a presentation and AMA on potential applications for blockchain in the games industry and for EA specifically.   It was so much fun.  I spent over five hours there in total, with the presentation and AMA running well over time because we were enjoying it so much, and then some people hanging around even after that.

My thanks go out to David Bowen, a blockchain enthusiast who I have been talking to since last summer when he first reached out to me and we met for coffee and blockchain chat in Kitsilano.  He made all the arrangements for this session, and I am truly grateful to him for the opportunity to come back.

For anybody who was there, please do stay in touch!

I am a sociable kind of fellow, and would love to keep the conversation going, on Linked, on Twitter, via email – bob@summerwill.net, or through any of my other means of contact.

Or check out the projects I am associated with at Ethereum, Sweetbridge and Varro Technologies.

I had to go and say hi to Erik Torstensson, a lovely former colleague at EATech.

David Bowen, my host, who arranged this event.  Thank you, David!

Big Picture, the second largest of the dedicated meeting rooms on campus. 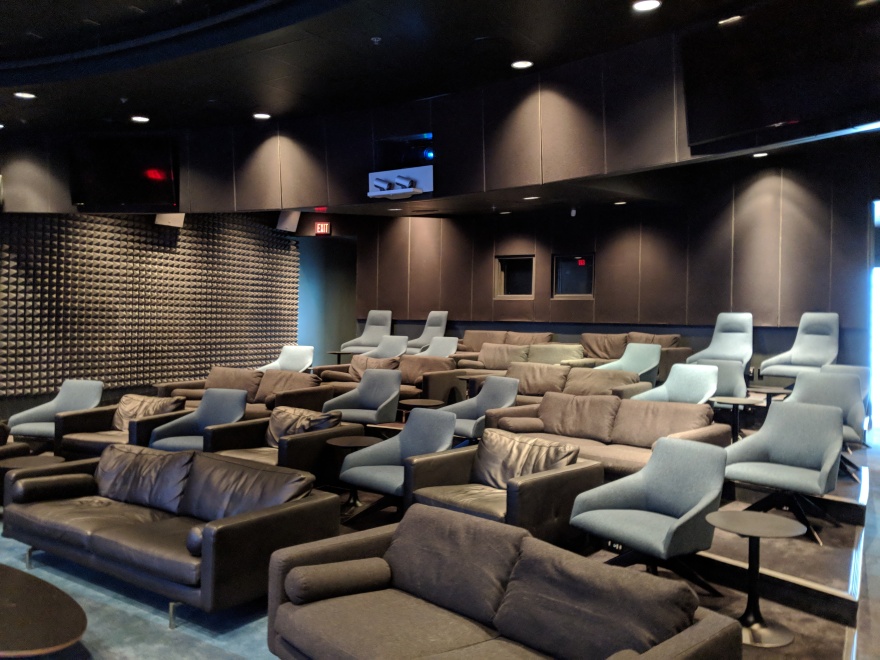 Which had been reconfigured a lot since I was last there.  Very casual! 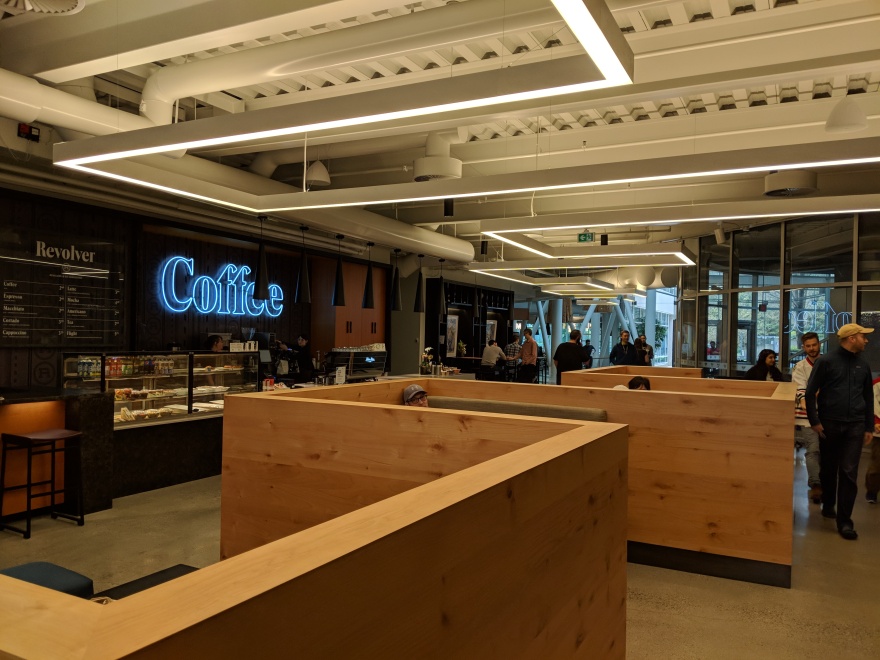 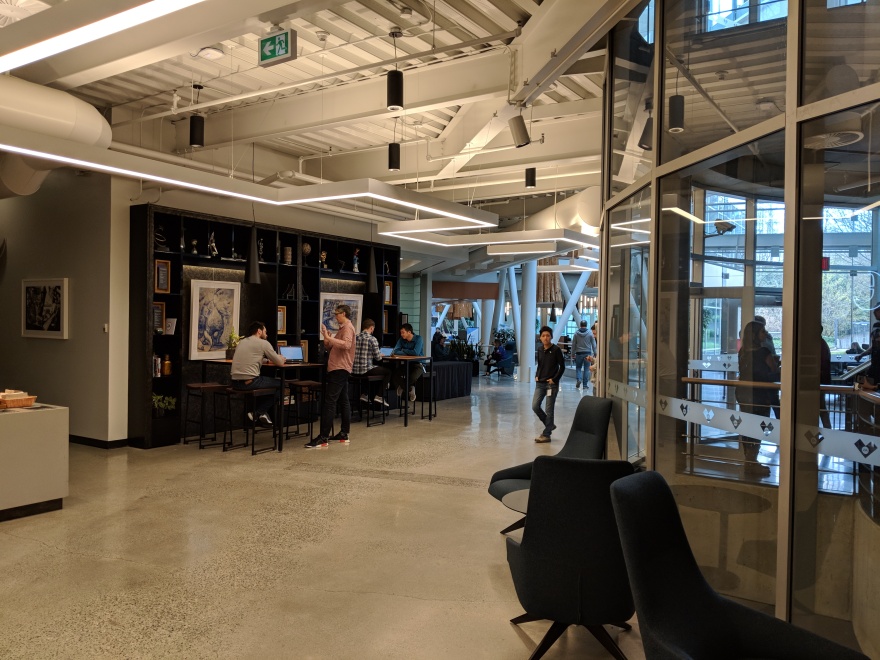 With the entry gates moved forward, this space is now usable. 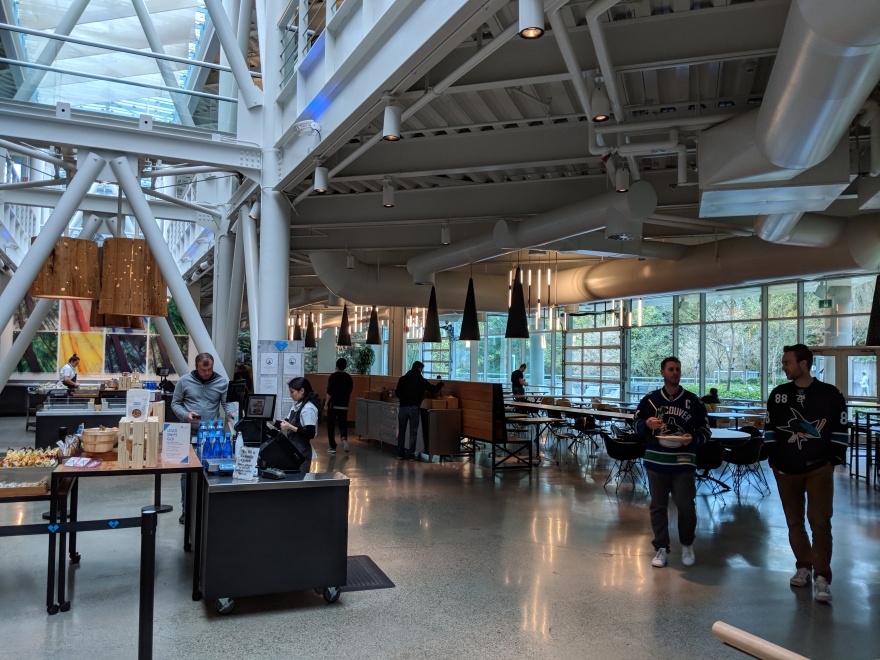 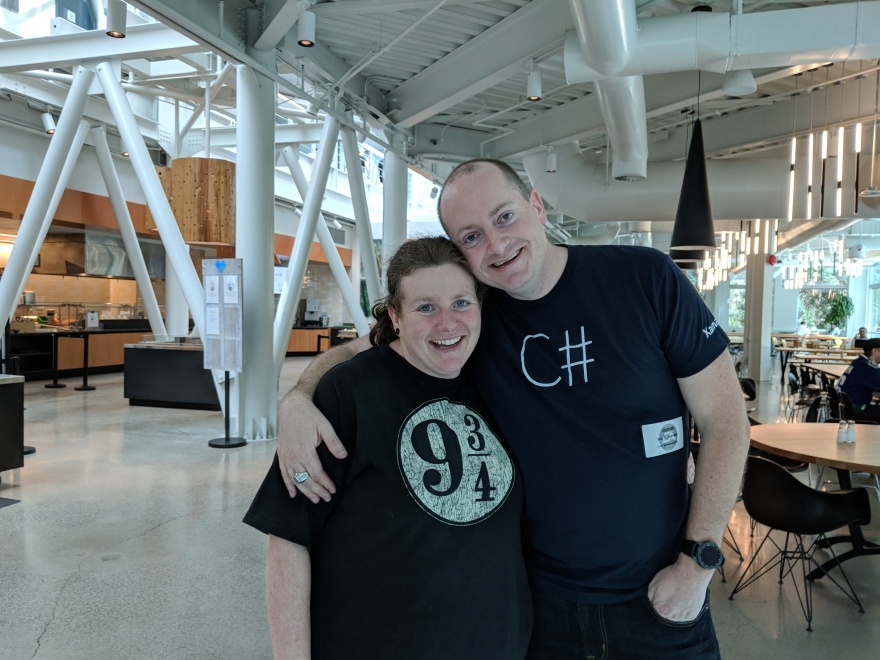 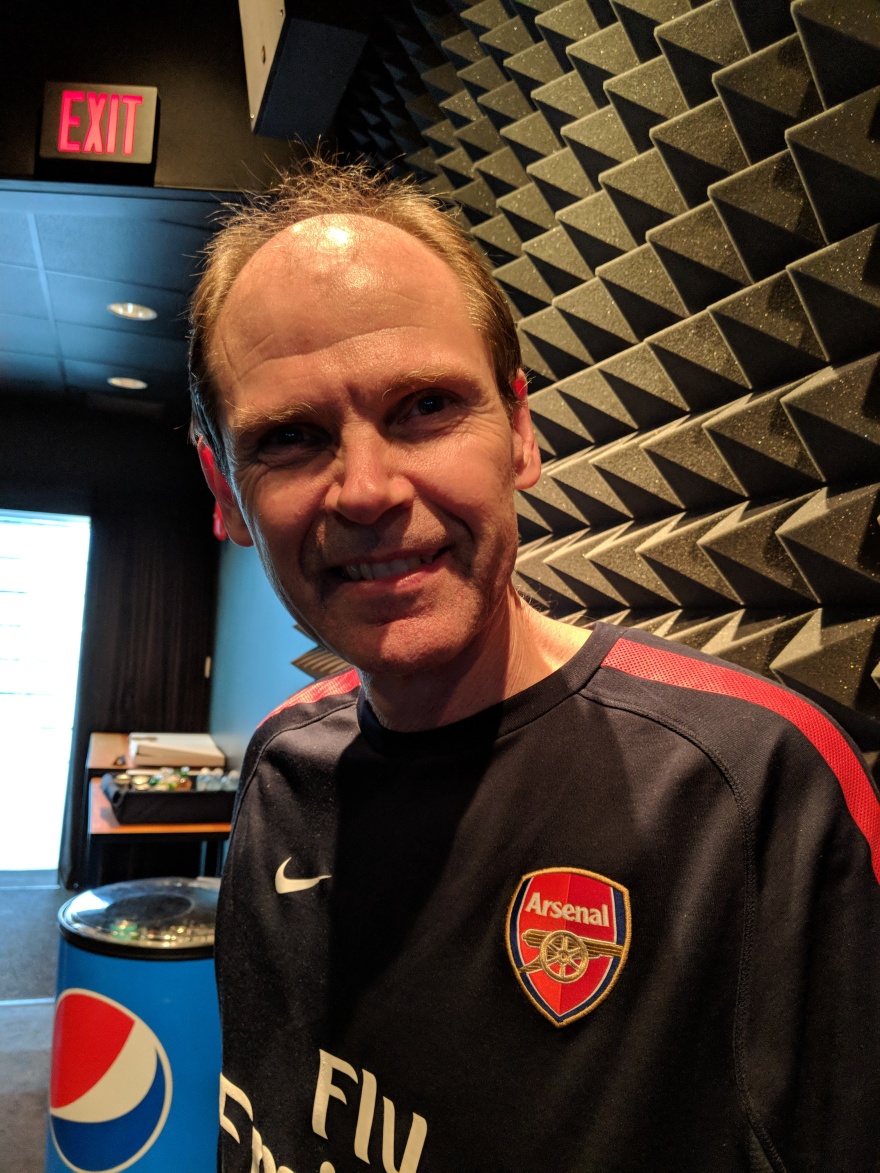 About to get started.  Standing room only along the edge there.

And people craning to look in at the back there.

Same on the other side.  David counted over 100 people there.

David Bowen about to kick things off. 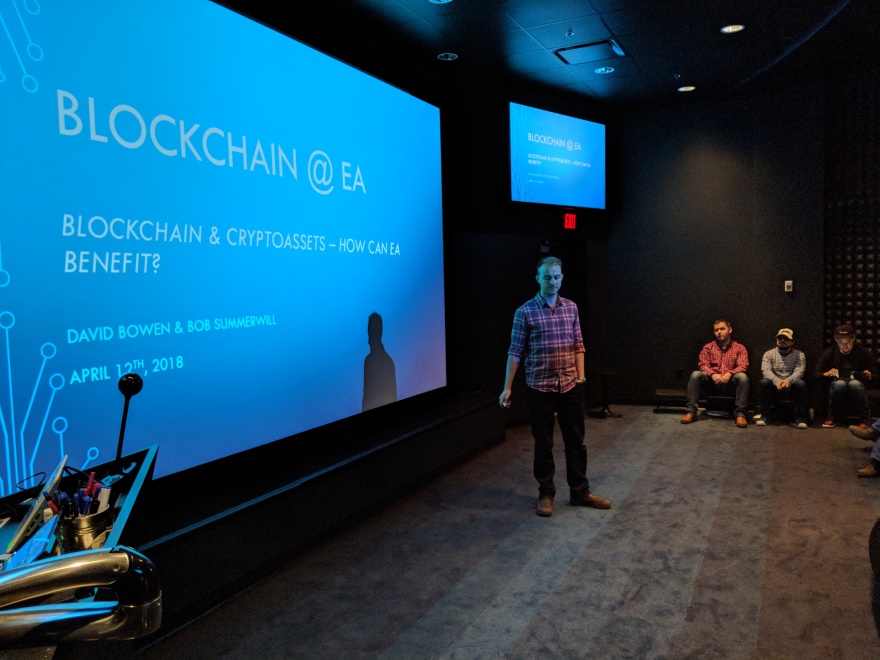 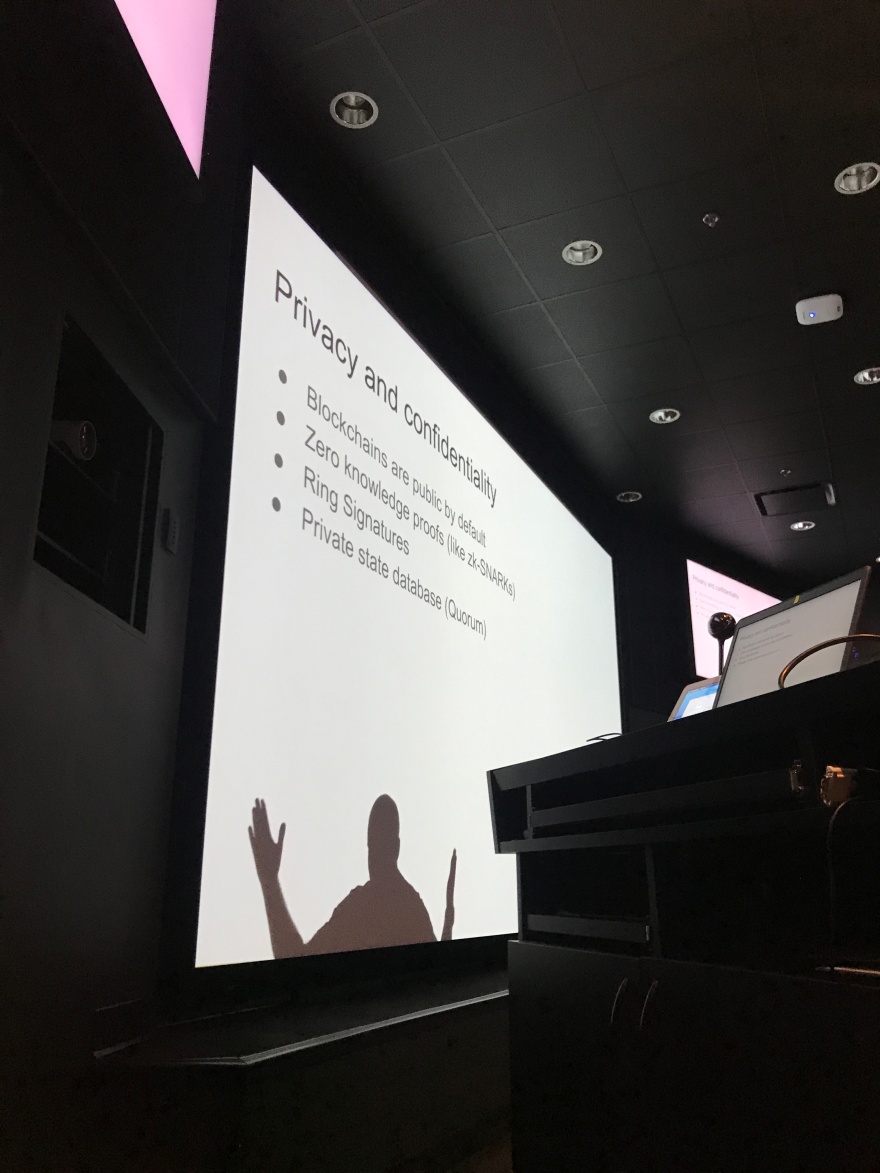 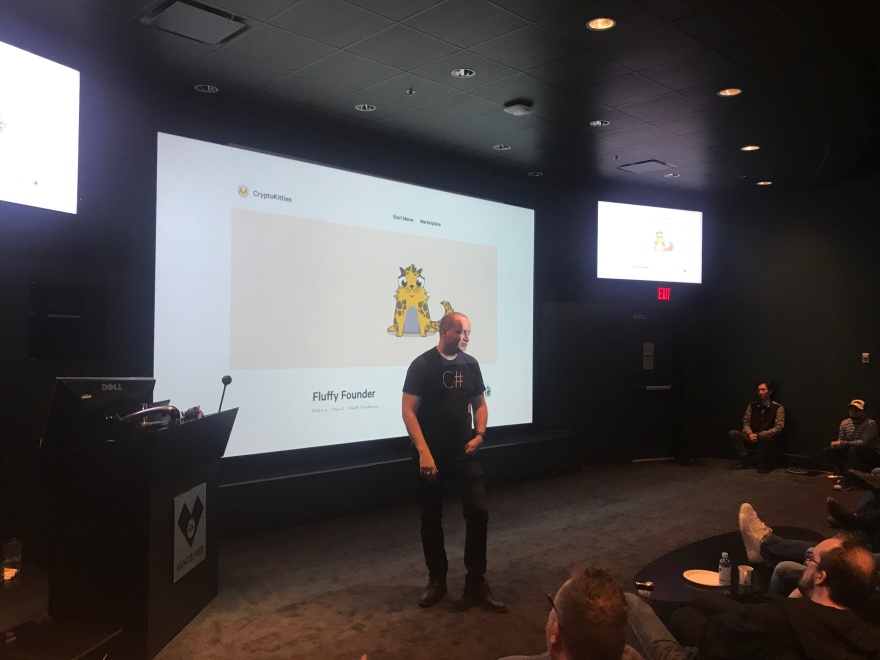 Talking about the pride of Vancouver blockchain gaming – Cryptokitties.

Talk a little about the generations of blockchain technology. 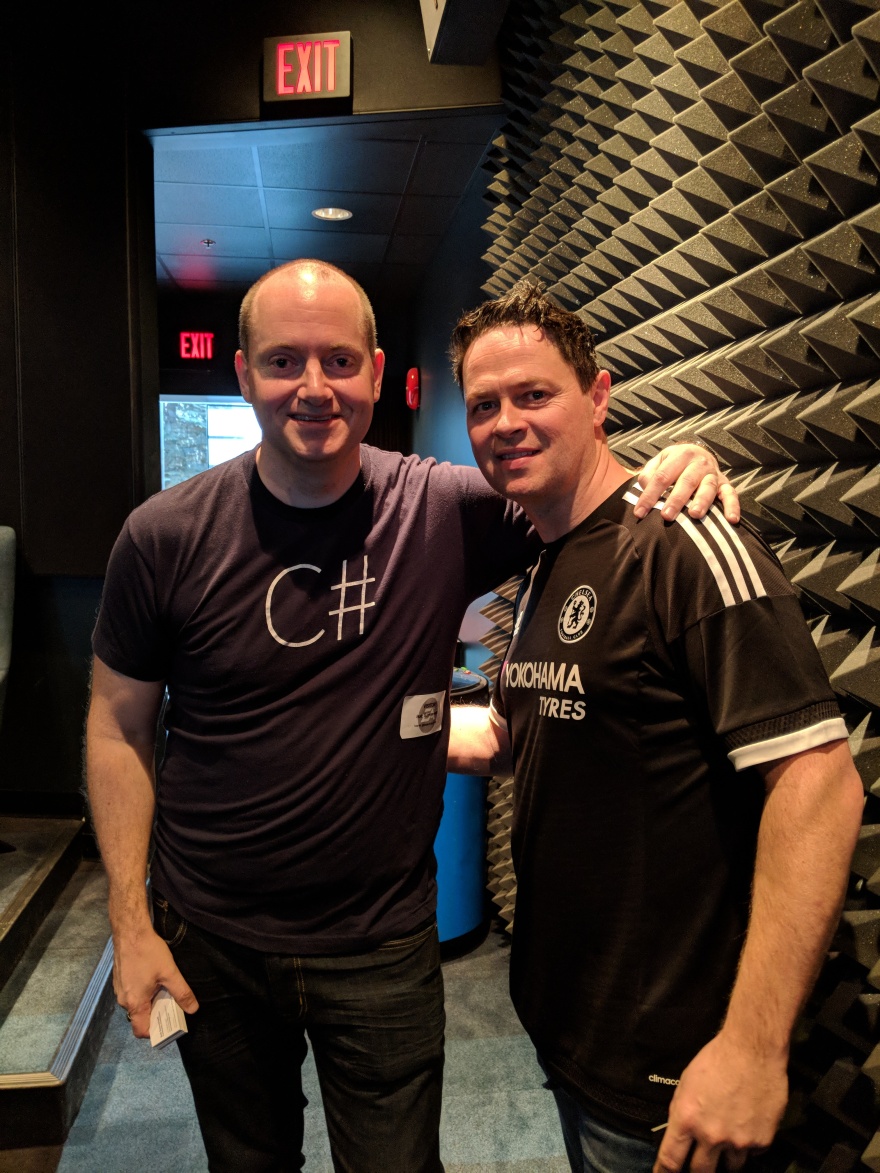 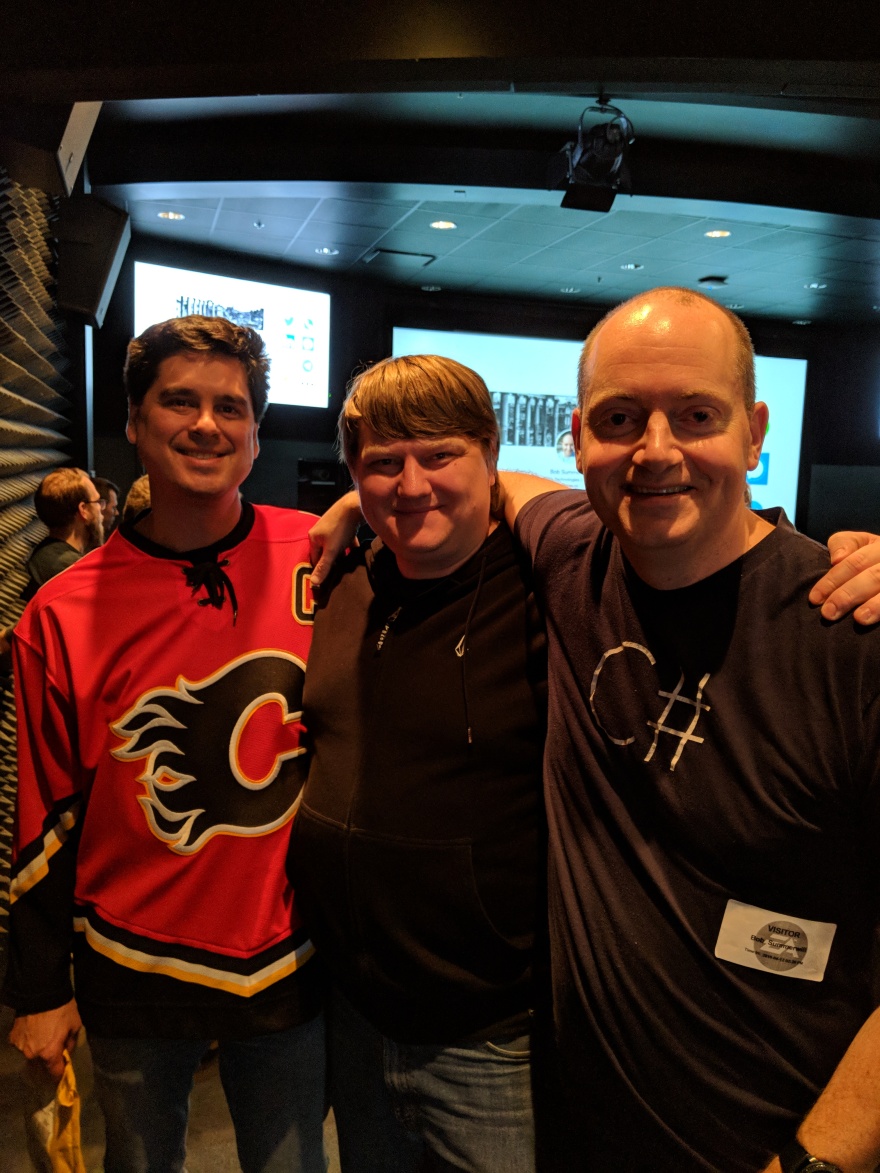 Fantastic wooden carvings of characters from Plants vs Zombies.